​In observance of Arbor Day, Bayou Vista Garden Club members planted a Japanese Magnolia on Southeast Boulevard in Bayou Vista.     The tree was dedicated to Donna Bucci for her service as BVGC President for 2015-2017.  The Japanese magnolia, or saucer magnolia, is deciduous and opens its fat, furry flower buds in February or March before the foliage emerges.  The flowers are large and showy and come in a variety of colors, such as white, lavender-pink, rose-purple, dark reddish purple and light yellow.  The Latin name for the Japanese magnolia is Magnolia x soulangiana. The “x” in the middle of the name indicates that this is a hybrid rather than a true species.

In observance of Arbor Day, Bayou Vista Garden Club members planted 3 bald cypress trees at the Bayou Vista Community Center.  The trees were donated by a generous Bayou Vista resident.  Louisiana designated bald cypress (Taxodium distichum) as the official state tree in 1963. Unlike most conifers (which are evergreens), the bald cypress is deciduous (it loses its needles in the fall - giving the tree a "bald" appearance). It is a majestic tree that grows in many parts of Louisiana, particularly in swampy areas.
BVGC Arbor Day Chairman Donna Richard also presented a program to Mrs. Kayla Perry's Pre-K class at Bayou Vista Elementary School.  She read the book A Frightened Frog: An Environmental Tale.  The book was written by Brenda Moore, Jean Ohlmann, and the National Garden Club, Inc. and illustrated by Emily Lackey.  Richard also provided an activity handout for each student.
BVGC donated the books The Frightened Frog and The Tree Farmer  authored by Chuck Leavell and Nicholas Cravotta and illustrated by Rebecca Bleau to the BVES library.
Bayou Vista Garden Club recently planted and dedicated a bald cypress tree at Bayou Vista Elementary School in memory of Mr. Dewey "Boo" Boudreaux.  Cypress Trees were distributed at Mr. Boudreaux's funeral in 2015.  His family gave them out in his memory because he was part of planting Cypress Trees with Morgan City's 2000 Cypress Tree Project. 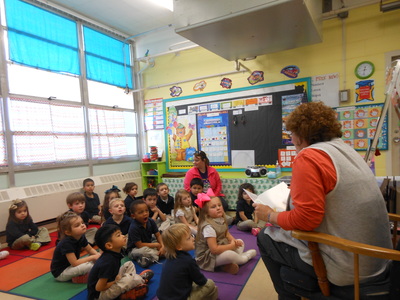 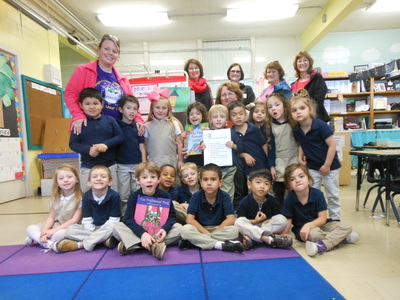 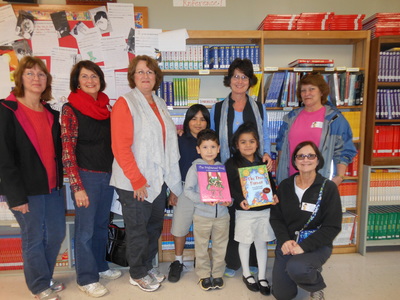 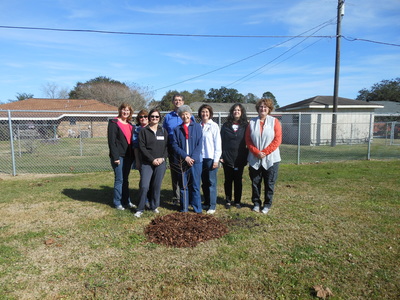 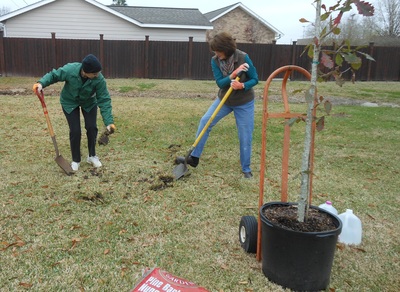 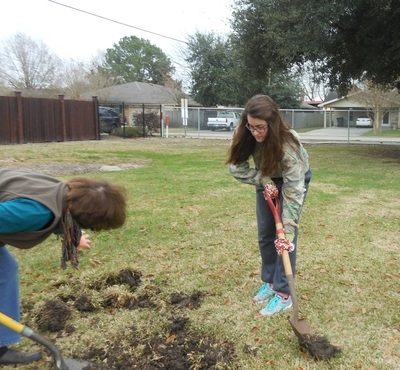 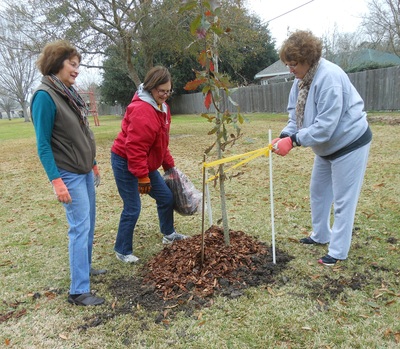 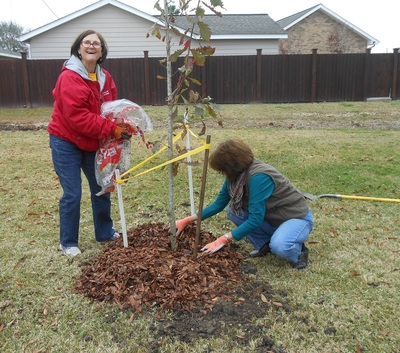 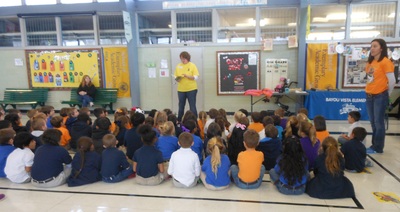 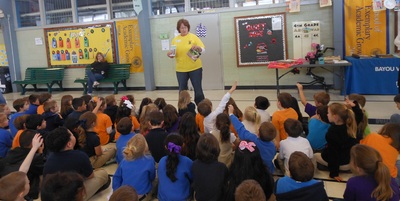 In observance of Arbor Day, Bayou Vista Garden Club members planted a tree at Bayou Vista Elementary School.  The tree was dedicated to honor Donna Bucci for her service as BVGC President from 2013-2015,   The Cow Oak (Quercus michauxii), also know as a Swamp Chestnut, is native to wetlands and bottomlands in the Southern and Central United States.  The acorns provide food for wildlife and livestock, especially cows.
BVGC Arbor Day Chairman Donna Richard also presented a program to the BVES kindergarten students.  She read the book Arbor Day  by Rebecca Rissman, which was donated to BVES.  Richard exhibited a specimen tree and each student was given an activity sheet and acorns.  BVGC also donated the book What's That Tree? by Tony Russell, which is a beginner's guide to tree identification. 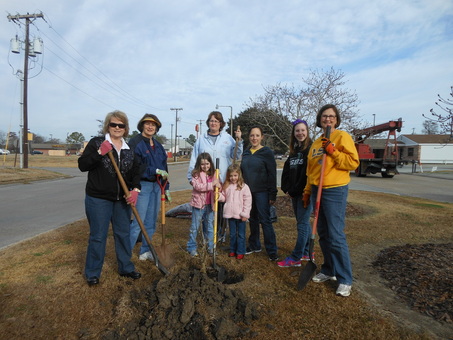 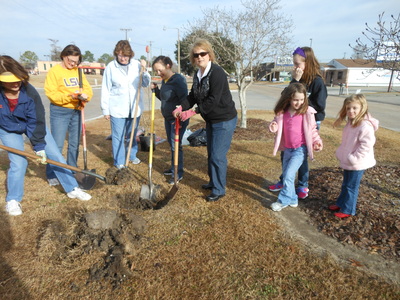 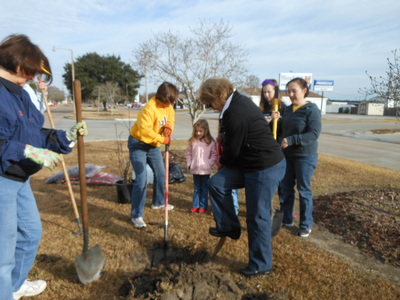 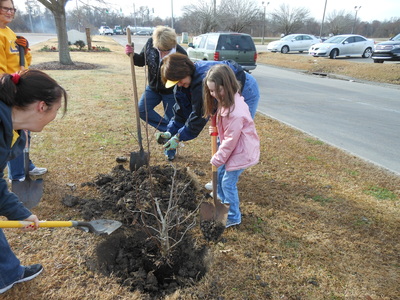 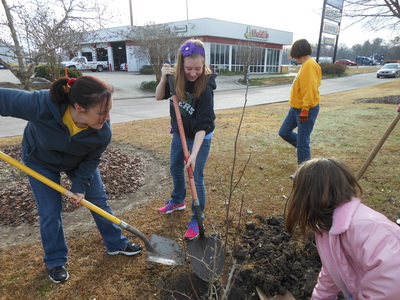 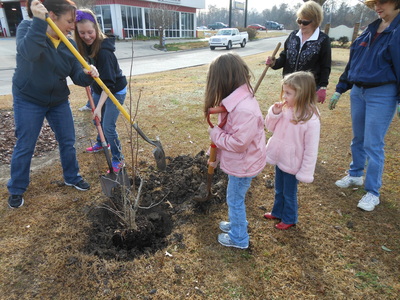 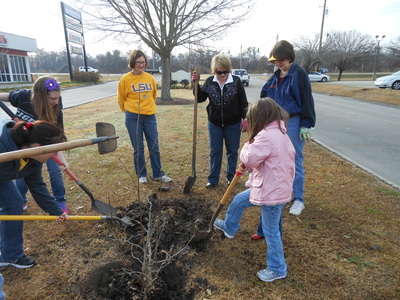 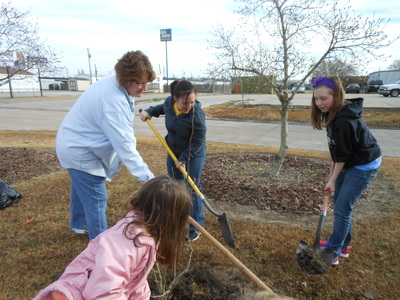 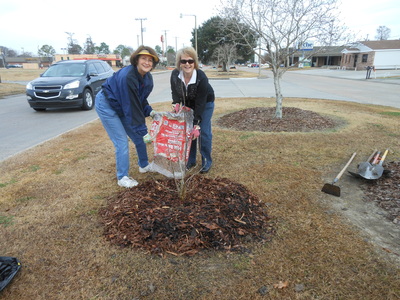 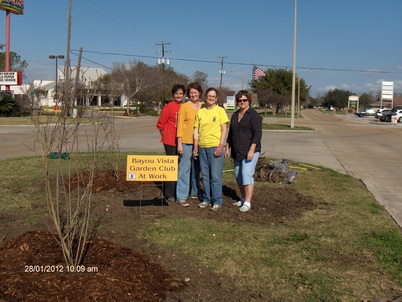 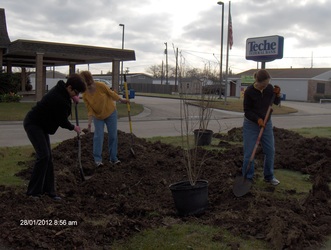 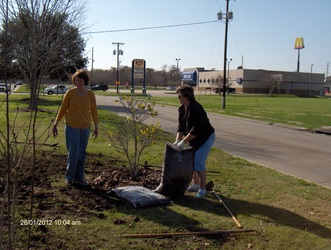 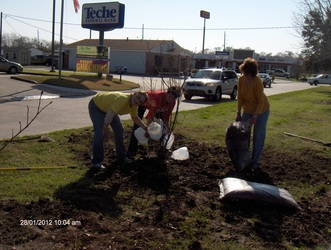 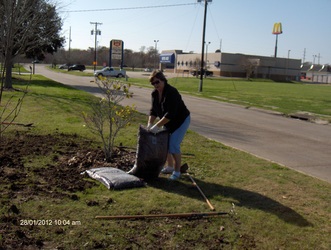 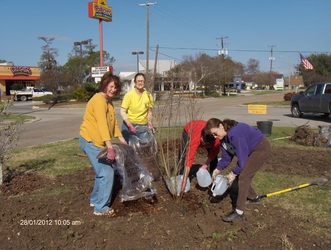 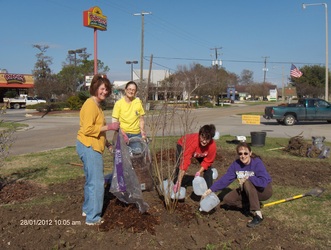